If, like me, you’ve felt the sudden urge to become that girl one too many times, then you’ve likely got a cupboard full of fitness gear that was purchased in the heat of the moment… but has since seen less action than a bikini in December. That being said, with the world locked down for huge chunks of the last two years, one item in that cupboard of mine did find itself getting a fair bit of use: my yoga mat.

With not much else to do during lockdown I, like many others, resorted to home workouts and YouTube yoga sessions. And, while I’m certainly nowhere near expert level (trust me on that), I do know my downward dog from my dhanurasana – even if I can’t actually do one.

Now, two years on from when I first put on a pair of yoga pants, I’ve decided to up my yoga game altogether by testing out a bestselling yoga mat with a tonne of hype surrounding it, one that will apparently help make getting into those poses a little bit easier. Introducing Lululemon’s Take Form Yoga Mat, designed to “let your senses guide you.”

Understandably, not everyone has a spare £100+ to spend on a yoga mat – which is why reading real life reviews like this one can be so handy when it comes to deciding if you want to splash the cash. So, whether you’re a total beginner or an expert yogi, here’s everything you need to know about the Lululemon Take Form Yoga Mat… 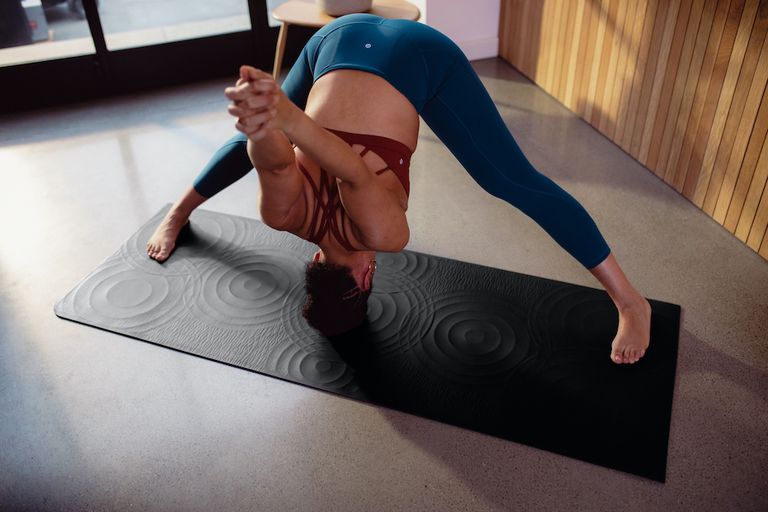 What makes the Lululemon Take Form Yoga Mat so special?

If you’ve been looking for an all-singing all-dancing yoga mat, then look no further, as Lululemon’s Take Form Yoga Mat is essentially just that. Designed to help perfect your poses, this bestselling yoga mat is three-dimensional, with strategically placed grooves and ridges to help guide you into position without the need to look down – or your lose balance. Instead, by feeling around for the mat’s grooves, you can allow your senses to guide you from pose to pose, meaning you can spend less time stressing about your ustrasana and more time actually enjoying your stretch.

What are the Lululemon Take Form Yoga Mat’s specs?

What have other yogis said about the Lululemon Take Form Yoga Mat?

Despite being a bestseller for the brand, the Take Form Yoga Mat has received mixed reviews from buyers. Some shared that they found the mat collected too much sweat and dirt during their yoga session, whereas others described the mat as “brilliant” and “definitely worth the money”.

Laying my Lululemon Take Form Yoga Mat out on my bedroom floor I was immediately impressed by the size – there’s certainly plenty of room to stretch out on this mat, but definitely worth checking the specs if you’re short on space at home.

Getting stuck into my practice – one of Boho Beautiful’s YouTube sessions – I was impressed by how well the mat stuck to the ground and didn’t slip or move around like others I’ve tried. Similarly, the rubber top meant my feet didn’t slide on the mat either (which I often find happens most during my downward dog). That being said though, the downside is that my body got stuck on the mat quite a few times, which made moving from pose to pose slightly tricky.

On the topic of the rubber top, I did notice what some other users had pointed out in their reviews – that the mat collects dust and dirt quite easily – although this didn’t really bother me as I’ve had the same happen with other mats.

As someone who is still trying to nail the various yoga poses, I was really keen to see if the Take Form Yoga Mat could help me in that department. As mentioned, the mat is covered in three-dimensional grooves and ridges which are designed to guide you into position without the need to look down.

Personally, I found it tricky to distinguish the ridges from one another without looking down. However I definitely think that over time, and with more use, it would be possible to learn the grooves of the mat meaning you wouldn’t need to focus so much on looking at it.

Practicality aside, I thought the ridges on the mat looked really pretty, almost like water drops on a lake – particularly as I tried out the blue mat – which created a nice, peaceful setting for my yoga practice. 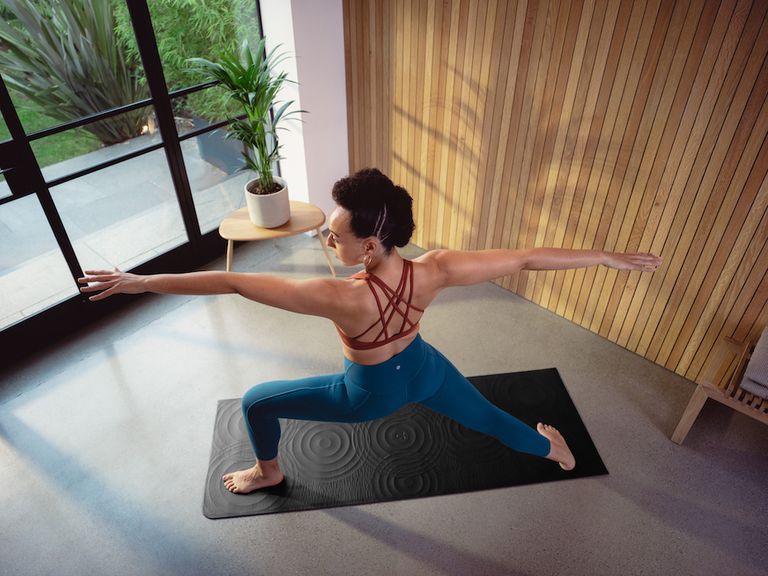 Overall I’d say this is one of the better yoga mats I’ve tried, and I would certainly recommend it to any expert yogi who has a real passion for the practice. However, if you’re more of a beginner or on a budget, I wouldn’t advise splashing out on this mat, especially when there are so many other mats on the market with a lower price tag.

Pretty Little Thing Review: Is Their Quality Worth the Price?